You are cordially invited to attend a guest talk with the 2019 Ashland Endowment Visiting Artist, Marcus Youssef of Neworld Theatre.

Marcus is one of Canada’s best-known contemporary playwrights. His plays have been produced in dozens of theatres in fifteen countries across North America, Europe, and Asia, from Seattle to New York to Reykjavik, London, Hong Kong, and Berlin. He is the recipient of Canada’s largest cultural prize, the $100,000 Siminovitch Prize for Theatre, the Rio Tinto Alcan Performing Arts Award, the Vancouver Mayor’s Arts Award, the Chalmers Canadian Play Award, the Seattle Times Footlight Award, the Vancouver Critics’ Innovation award (three times), and the Canada Council Staunch Lynton Award for artistic achievement.

Join us on Wednesday, February 27th 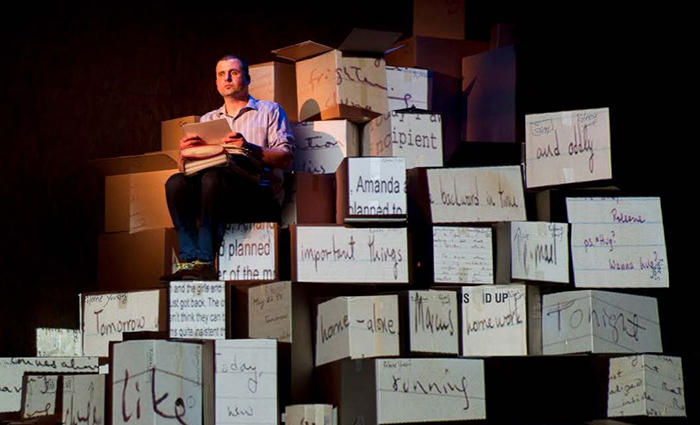 Over the years Marcus has also written for a half dozen shows on CBC Radio and Television and a wide variety of Canadian print and web-based publications, with bylines in the Georgia Straight, Vancouver Magazine, This Magazine, Rice Paper, the Tyee, Vanopolis, and Canadian Theatre Review, among others. Marcus is Artistic Director of Vancouver’s Neworld Theatre and co-founder of the East Vancouver-based artist-run production studio PL1422. He was the inaugural chair of the city of Vancouver’s Arts and Culture Policy Council, a Canadian Fellow to the International Society for Performing Arts, and co-chair of the Vancouver political party the Coalition of Progressive Electors. He is currently an Editorial Advisor to Canadian Theatre Review and a consulting advisor for the National Arts Centre English Theatre. He teaches regularly at the National Theatre School of Canada, Studio 58 Langara College, and the University of British Columbia.