Join Dr. Edward Ewing-Wilson (University of New Brunswick) for an introduction to our current understanding of the history of the universe, an explanation as to why quantum gravity effects are expected to be important in the very early universe.

Dr. Wilson-Ewing will then present some of the main results of loop quantum cosmology, an approach that has been developed to study quantum gravity effects in the early universe. One key prediction is that the big-bang singularity, predicted by general relativity, is removed by quantum gravity effects. This is
replaced by a non-singular bounce that was preceded by a contracting phase.

He will conclude by briefly discussing what future observations could potentially test loop quantum cosmology and its predictions. 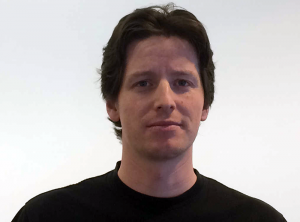 His research interests lie at the intersection of quantum gravity and cosmology. He uses loop quantum gravity to study quantum effects in the early universe, determine how these effects modify the resulting cosmological dynamics from what is predicted by the classical theory of general relativity and calculate whether they leave any observational signatures that could be detected today, for example in the cosmic microwave background.

His current research is focused on three main topics:

Quantum Gravity and the Big Bang