The Interregnum: A Major Shift in World Order

We cordially invite you to join POLITALK and the Centre for Global Development for a special lecture: The Interregnum: A Major Shift in World Order.

This lecture focusses on the major shift in world order, which is occurring at this very moment, in our lifetime. Dr. W. Andy Knight will discuss the period of interregnum – an indication of a transitional moment from one world order to the next – which is forcing us to rethink and reimagine new structures of a post-hegemonic global governance.

Open to everyone, no registration required; light refreshments will be provided. 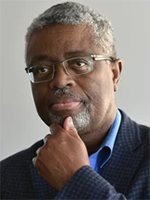 Andy Knight is Professor of International Relations in the Political Science Department at the University of Alberta and past Chair of the Department. He is former Director of the Institute of International Relations (IIR), The University of the West Indies (UWI), Trinidad & Tobago and co-founder and former head of the Diplomatic Academy of the Caribbean (DAOC). He is co-editor in Chief of African Security journal and Editor-in-Chief of International Journal– both globally prestigious peer reviewed publications, and he established, during his secondment in the Caribbean, the Caribbean Journal of International Relations and Diplomacy. Professor Knight was co-editor of another highly regarded and award-winning journal — Global Governancefrom 2000 to 2005. A Fellow of the Royal Society of Canada (FRSC), Professor Knight was named by Venture Magazine among Alberta’s top 50 most influential people and, by the Black Business and Professional Association of Canada, the Harry Jerome Trailblazer. He served as Advisory Board Member of the World Economic Forum’s Global Agenda Council on the Welfare of Children and was Director of the Peace and Post Conflict Studies Certificate Programme in the Office of Interdisciplinary Studies (OIS) at the University of Alberta. In March 2007, Dr. Knight was appointed by the Canadian Foreign Minister to the Board of Governors of the International Development Research Centre (IDRC) and served in that position until 2011.

Knight has written several books on the United Nations, Global Politics, Building Sustainable Peace, Remapping the Americas, and the Responsibility to Protect. One of his most recently published books is the award winning, Female Suicide Bombings: A Critical Gendered Approach, with Tanya Narozhna (University of Toronto Press). His ongoing research and publications address issues of global health governance, global health security, Children and war, the vulnerabilities and resiliency of small island developing states (SIDS), and changes in world order. In March 2021, Professor Knight was awarded the University of Alberta’s highest honour – the University of Alberta Distinguished Professor. In June 2021, he was named 2021-22 Fulbright Distinguished Chair in International and Area Studies at Yale University. He has just completed his Fulbright at Yale.