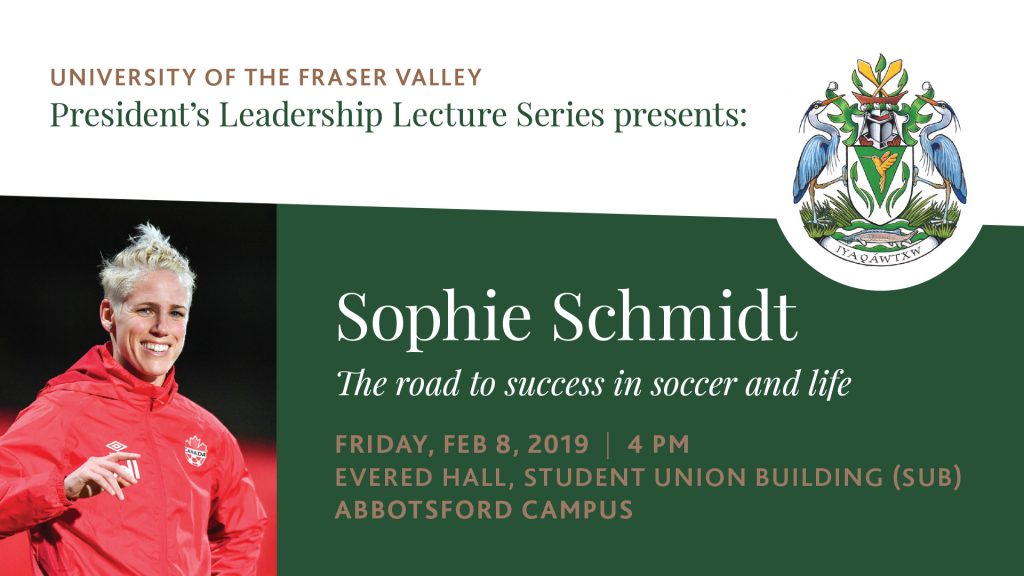 Sophie is a member of the Canadian women’s national soccer team and a professional soccer player. She has played for Canada in three Olympic Games, winning a bronze medal in 2012 in London and again in 2016 in Rio. She also represented Canada at three FIFA Women’s World Cup tournaments.

Sophie is a role model for girls and women across Canada and all over the world–and she got her start right here in Abbotsford!