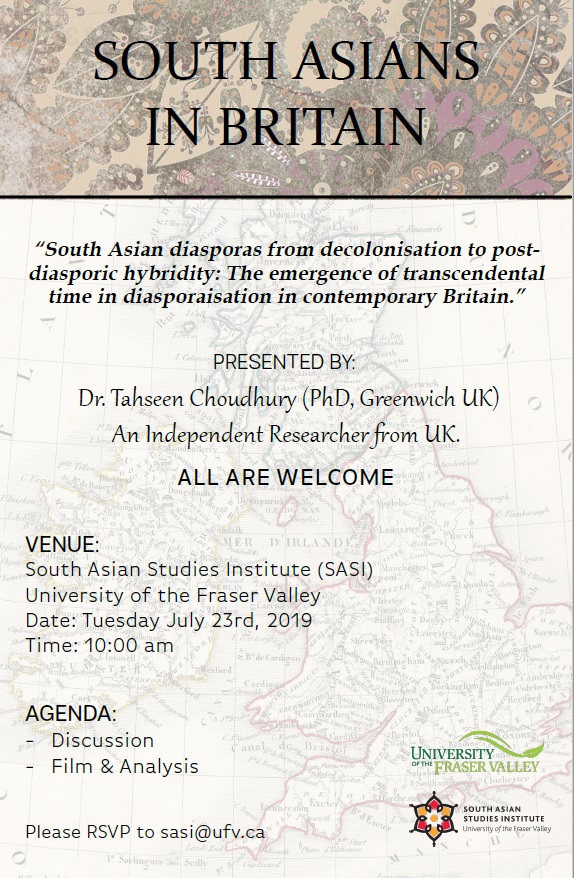 South Asian diasporas from decolonisation to post-diasporic hybridity: The emergence of transcendental time in diasporaisation in contemporary Britain Time with its phenomenal streams of elapse not only signifies its temporality but also underlines the spatiality where it transcends the borderline of clocked-up time in order to bring in a new time—a new generation, a new culture. In contemporary Britain diasporisation has embarked on a platform that encounters a transcendental time of redefining national infrastructure as hybrid, multicultural and significantly untraditional. This time factor works intrinsically for the diasporisation of South Asians in Britain. Time is not merely meant to be a chronology of events for them; rather their run has always been against the time; they have encountered endless roughness of time to make their presence felt in the land of colonisers.

Eventually they have made their own time, set the time beyond its conventional flow by challenging a range of burning realities from the impact of decolonisation, racial discriminations to the formation of post-ethnic identity. South Asian diasporas in Britain have undergone several stages of cultural metamorphosis and now have crossed the peripheral threshold of Britishness. This is to say that they have transcended the framework of postcolonial otherness to become British with completeness. These dislocated migrants are now situating themselves in a transcendental time of post-diasporic landscape celebrating the emergence of multicultural Britain. This paper will attempt to investigate South Asians and their times in Britain in the context of their cultural transformations.

South Asians in Britain: A Talk by Dr. Tahseen Choudhury